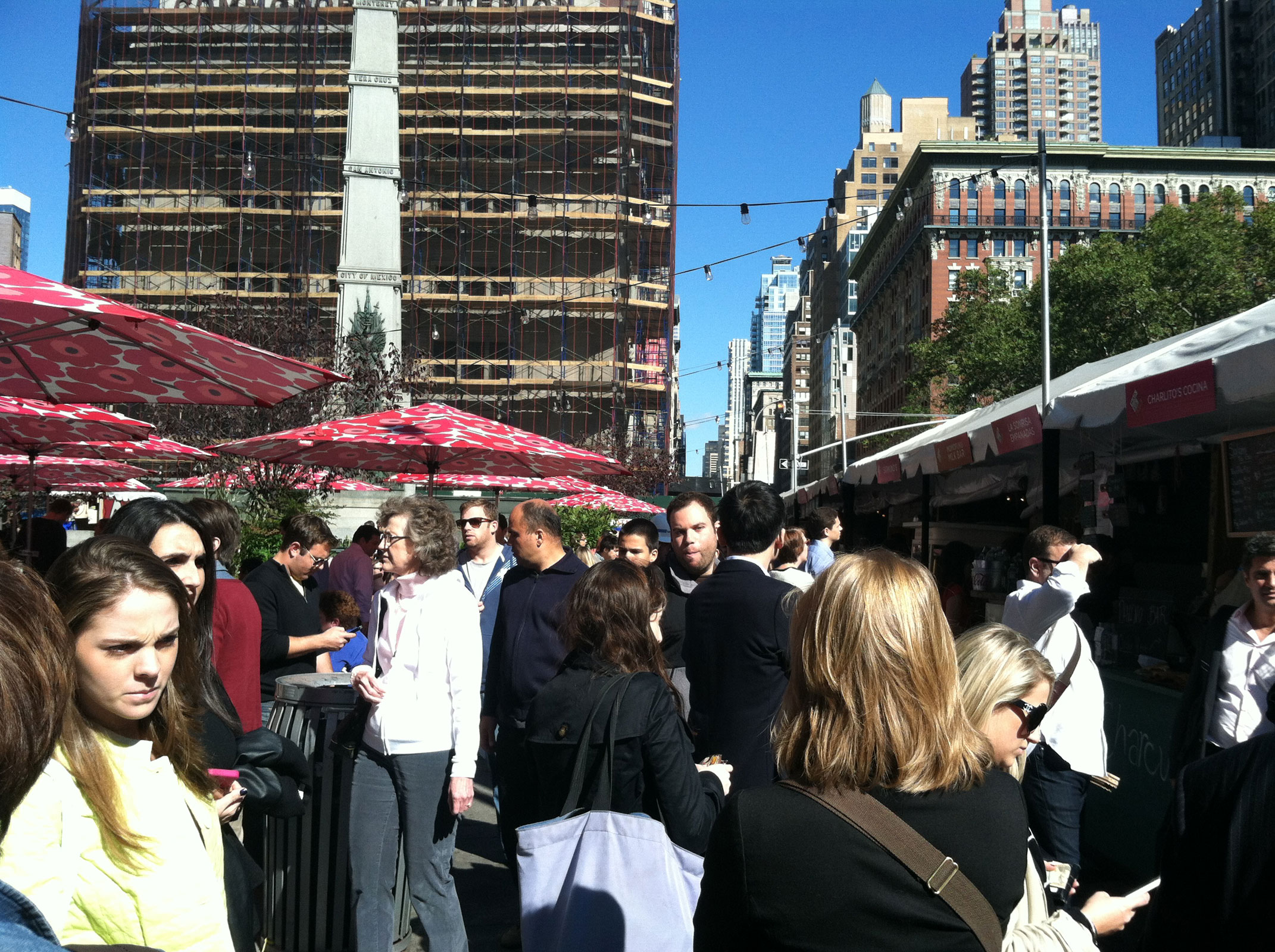 The view from Madison Square Eats

Twice a year Madison Square Eats pops up in Flatiron and sucks me in. Navigating the multitude of options is an effort of mass proportions. It’s pretty much impossible to decide on just one option and then feel satisfied with the decision. But in all of my trips to MS Eats, there is one vendor that always catches my eye – AsiaDog. The chefs there sling hot dogs and hamburgers with Asian-inspired toppings to, in their words, “push the limit” of the most popular street food in New York. When they aren’t at MS Eats, AsiaDog has a storefront in NoLita

Korean BBQ Burger – this is not your father’s burger

Asiadogs are hot dogs with various Asian-inspired toppings. But, being the renegade that I am, I didn’t get an AsiaDog from AsiaDog. I got the Korean BBQ Burger, and would do it again. It is phenomenal. The Korean BBQ style Bulgogi Burger is topped with lettuce, kimchi and sriracha (which you add yourself) and is served on a toasted and buttered bun. It really is a unique take on a burger in a city that is filled with different types of burgers. The meat was very juicy and the kimchi adds a nice spice and crunch that really stands out. The buttered bun is also great. Often the bread makes or breaks a sandwich, and the having a good bun takes this burger up a notch.

If I had one criticism, it is that the burger is a bit small. It’s not an egregiously tiny burger, but I was definitely still hungry after this meal. 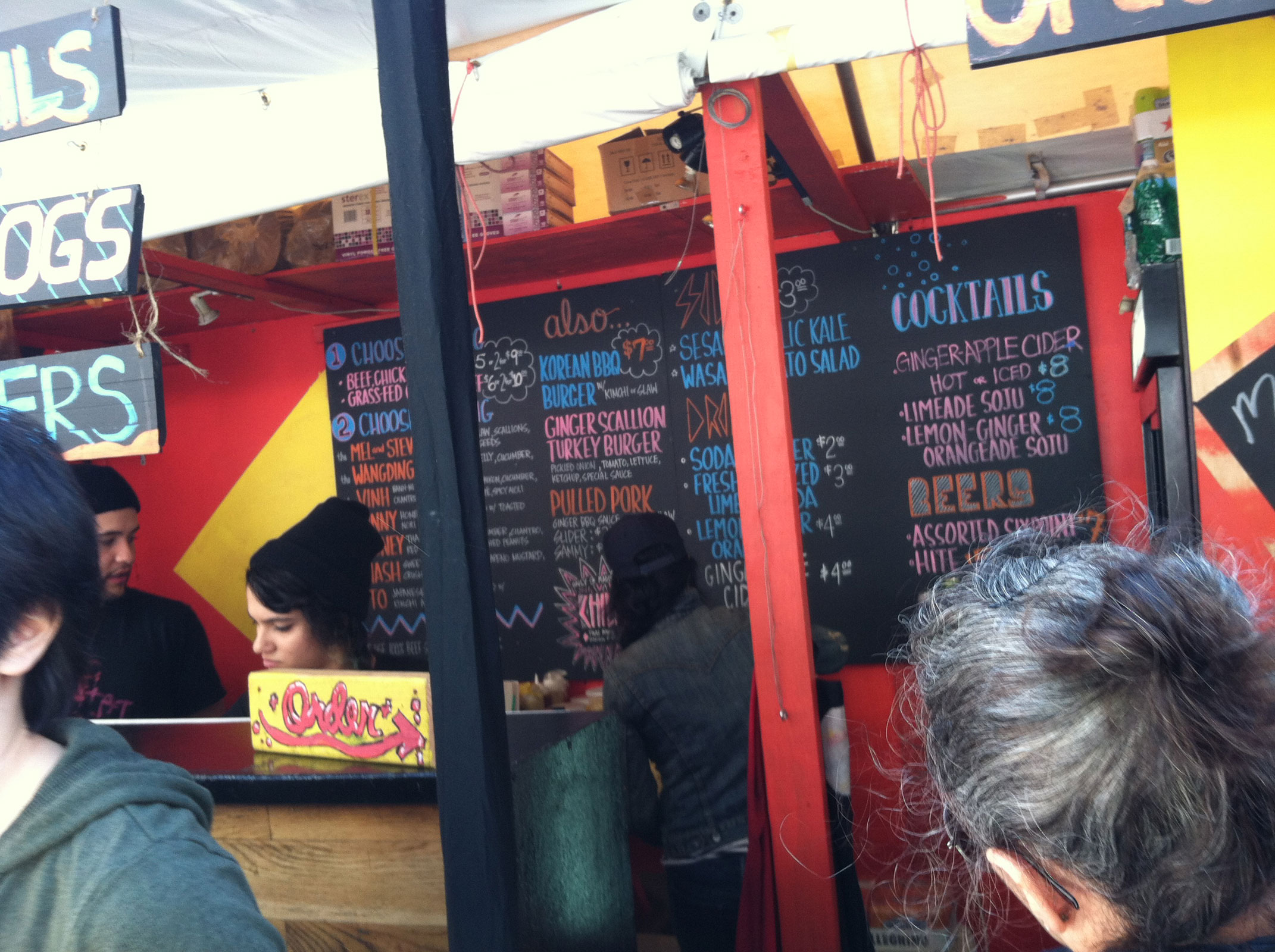 The tent where all the AsiaDog magic happens

Amid all the overpriced fare at Madison Square Eats, AsiaDog stands out as being fairly affordable. At $7, the Korean BBQ burger was a relative bargain compared to the other options at the festival. The hotdogs were a little pricier at 1 for $5 or 2 for $9, but they were loaded with toppings so you could do worse.

Since it was Madison Square Eats, you have to expect a certain amount of wait time. The place is packed and many vendors struggle to keep up with the crowds. The wait at AsiaDog was pretty standard and nothing unexpected. They cook to order so there is some wait time after you order as well. Napkins ans condiments were easily accessible.

It was a burger served in a box, essentially. No frills. No matter though, as the kimchi and lettuce stayed perfectly in place on the burger with every bite.