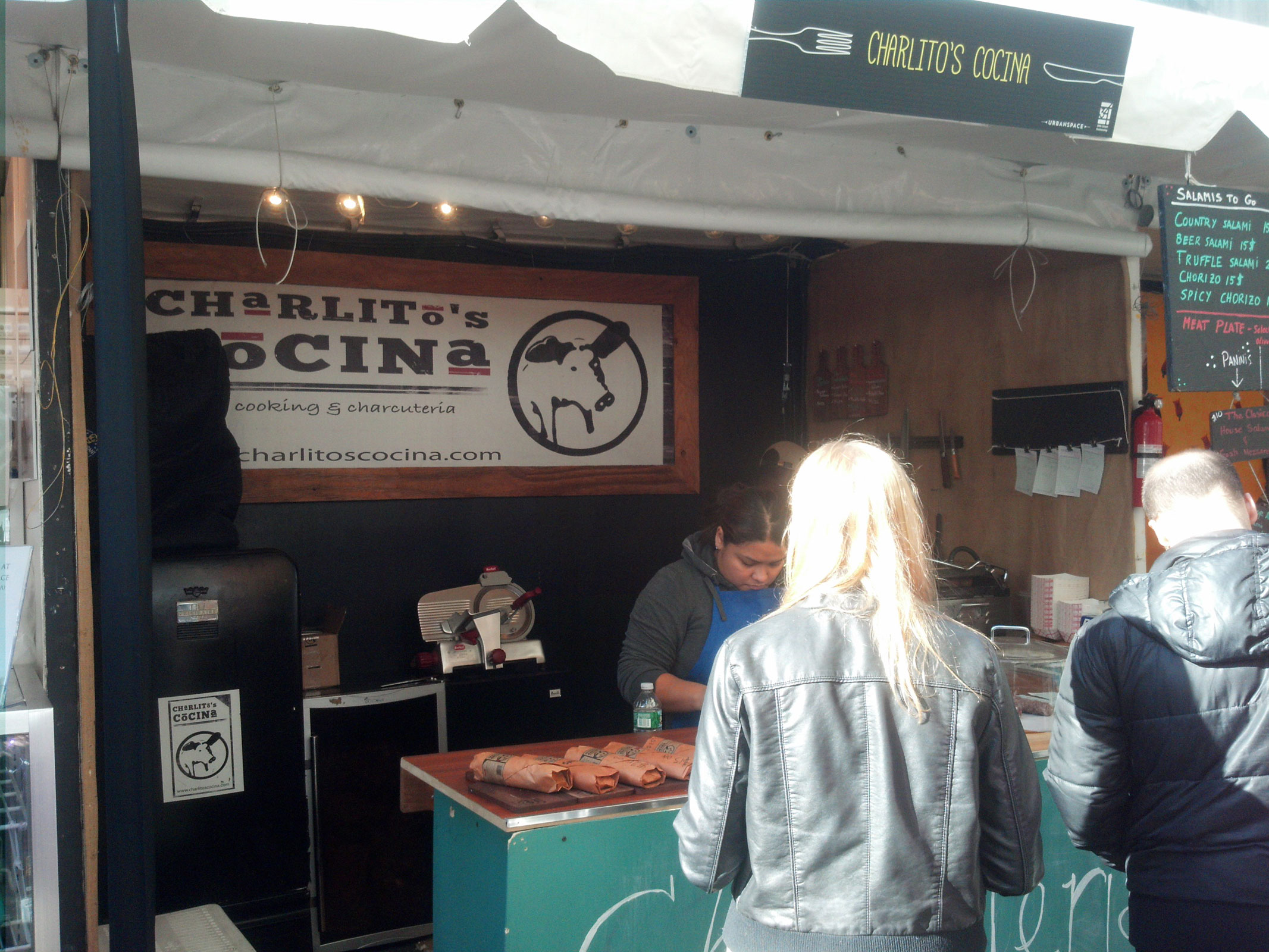 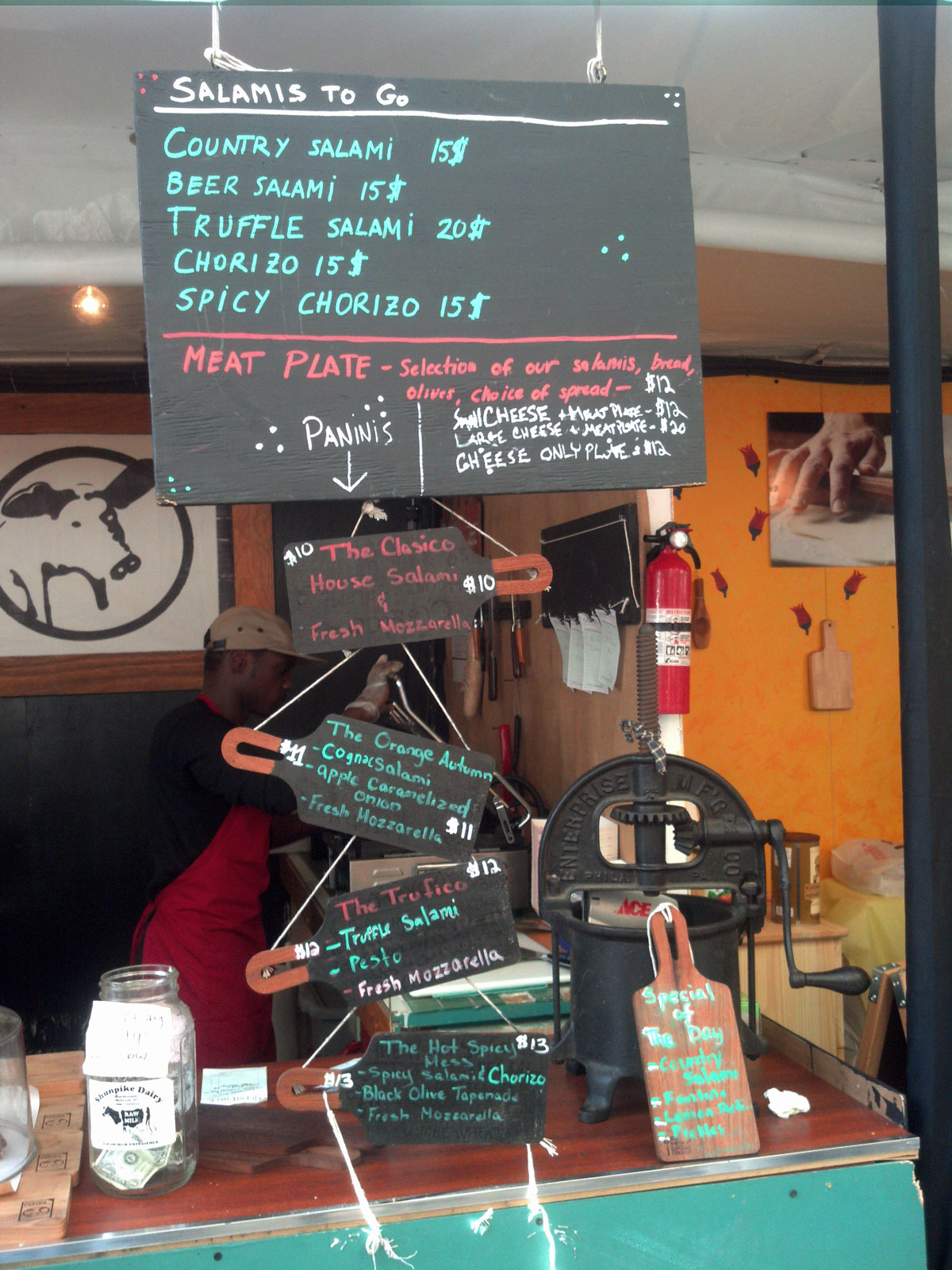 Charlito’s is primarily an artisan salami purveyor that sells their cold cuts to a slew of different craft markets in the NYC area including Eataly [Flatiron District]. They take a step back every once in a while to present their meats in sandwich form at assorted markets, which is why I found them at Broadway Bites.

The sandwich was a salty wonder, featuring a flood of briny bites throughout. I opted for the “hot spicy mess” which featured spicy salami, chorizo, mozzarella, and olive tapenade. The bread had a nice char on it, and the crispiness helped create a sandwich that I would definitely recommend. You could tell the cold cuts inside weren’t your run of the mill store bought variety. They had exceptional flavors that really shone through nicely. Perhaps my favorite part of the meal was the olive tapenade, bringing beautiful diced olives into the mix.

While I did enjoy the flavors of the sandwich, I found the lacking ratios to be disheartening. There were several bites that were straight bread, and the small amount of meat involved was definitely not ideal. While I was pleased overall with my choice, there were definitely a few kinks to work out.

My sandwich was THIRTEEN DOLLARS. For a sandwich. Just a sandwich. A relatively small one at that. I must have been under some kind of meaty hypnosis to have agreed to paying this exorbitant price. While I expect the standard market inflation, this was definitely pushing the outer limits of it.

Luckily, I hit the market on a slow day where lines were pretty much non existent. The sandwich was crafted within a few minutes, and the majority of my time at the market was spent looking for a table, not waiting for my food. I was happy with the service at this booth.

A full victim of meaty hypnosis, I was mesmerized when I received my order. The sandwich looked amazing, complete with overflowing gooey mozz. Charlitos did a nice diagonal cut on this thing, and overall a very good job presenting it.