RTT On The Road: Vernalicious (Philadelphia)

Highlights: Powerful and fresh flavors that had me floored.

A recent trip to Philadelphia for the Made in America Festival inadvertently led me to the middle of the Philly food truck scene. Thousands of music aficionados can work up quite an appetite after a day of dancing, so the trucks were there in full force to keep concert goers well fed and ready to rage.

To be honest, I wasn’t really thinking about RTT after a full day of festivities. But with such a wealth of amazing food trucks outside of NYC, we’ll be profiling some of the best out-of-town trucks from time to time. We’ll call it: RTT on the Road. Although these articles might be few and far between, other cities around the US (and the world, for that matter) have rich mobile cuisine that is just waiting to be cataloged, reviewed, and of course, eaten.

A quick disclaimer on this review– the concert menu/prices are way different than the standard truck menu and prices. This review will be based on a combination of the two, as well as some feedback that I received from folks that have eaten here at regular lunch hours.

A Nice Overview of the Food at Vernalicious Source: foodspotting.com

I was served up a hefty looking pulled pork sandwich on a hearty bun. Although there was not too much else on this dish, the ingredients spoke for themselves. The pulled pork was delicious, soft, and flavorful. Sauce was tangy and rich, distributed well throughout, and every bite seemed to be better than the last.

I also tried some potato salad. I’m usually not a huge fan of this side, but Vernalicious’ take on it might have changed my mind. It was fresh and simple, and again, let a few clean ingredients shine through. It was a welcome addition to the late-night meal.

I’m told Vernalicious makes it a point to keep their menu in constant motion. By switching up the dishes the offer on a regular basis, they keep their customers engaged and wanting more. This, combined with the caliber of food they were serving left me wishing this was an NYC food truck.

Normally, eating at a concert or venue is going to run you well over 10 bucks for a sizable meal. Vernalicious bucked this trend, and charged a concert-reasonable price of eight fifty for their sandwich. When I asked their crew about the cost, they responded saying that their normal menu is even cheaper, and the only reason for the price hike was to pay the concert committee their share. From the menus I found online, it seems everything is well priced, maybe even a little under the going rates for these kinds of items. 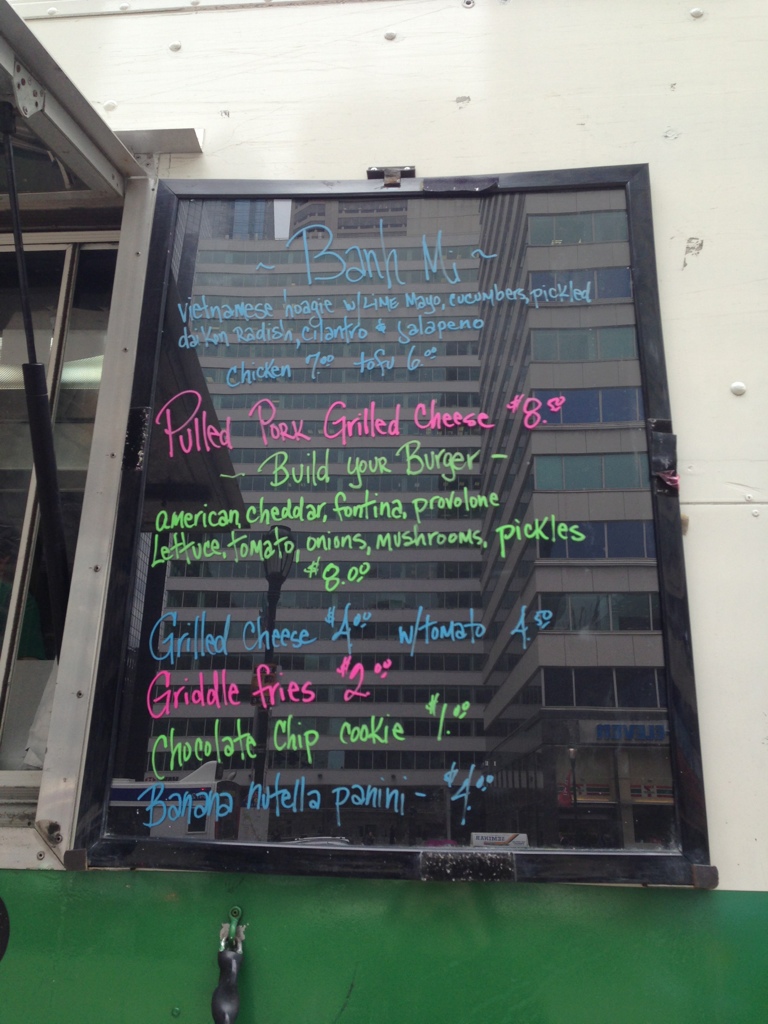 At a crowded concert, you’re really not expecting much in the ways of service. If the truck gets to you in less than 15 to 20 minutes, you can consider that a win.

Not only did Vernalicious serve quickly and efficiently, the owner came around to each one of her patrons offering extra BBQ sauce for their sandwiches. This level of TLC combined with the ever-important speed factor spelled out victory for this truck in the service category.

Although I failed to capture what this sandwich looked like before I ravaged it like a savage animal, take my word that it was presented well. I have also been googling around in order to see what some of their regular menu items look like, and I am very impressed [and hungry!].

Because of the setting, I didn’t get to enjoy the full Vernalicious experience. But from the bit I did experience, I am very, very impressed. I’m not sure when my next trip down to Philly might be, but you can bet I’ll be foregoing a cheesesteak for some of the delicious offerings from this truck.